Mobile malware is a growing threat. Banking, shopping, email. We do things on our phones that used to only be done on our desktop PC. Hackers know valuable data is stored on people’s phones, and they increasingly find new ways to attack mobile users. The most common mobile threats are adware packaged as fun gaming […]

Mobile malware is a growing threat.

Banking, shopping, email. We do things on our phones that used to only be done on our desktop PC. Hackers know valuable data is stored on people’s phones, and they increasingly find new ways to attack mobile users. 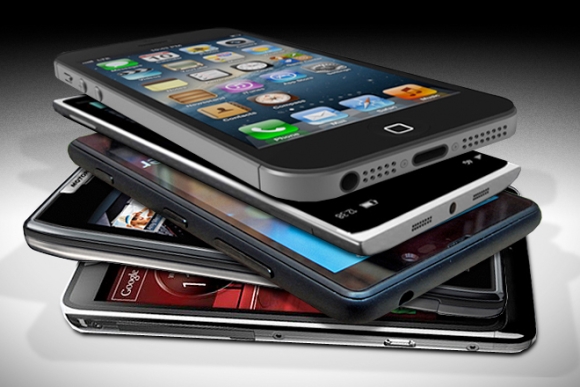 These devices have information on them that is valuable to hackers

The most common mobile threats are adware packaged as fun gaming apps that provide little value and spams users with ads. SMS attacks are malware which sends unauthorized premium SMS or makes premium-service phone calls. This results in a large monthly bill for the user and a significant source of revenue for cybercrooks.

The most aggressive malware is mobile ransomware. Simplocker was the first Android ransomware to encrypt user files, and now there are thousands of variations that make it nearly impossible to recover the encrypted data on a smartphone.

Privacy is an issue with vulnerabilities such as Certifi-gate and Stagefright, both of which can be exploited to spy on users. Certifi-gate put approximately 50 percent of Android users at risk, and Stagefright made nearly 1 billion Android devices vulnerable to spyware.

Avast simplifies how you protect your privacy with new products for 2016. Count the number of devices you own. If you are like most modern digital-age people, you have a smartphone, half of you own a tablet, and most all of us have a desktop or laptop computer connected through a home router. Now think […]

Have you ever served as a beta tester for one of our mobile apps? The release of the latest and greatest Avast Mobile Security is right around the corner, and we want YOU to help us make our mobile security app the very best it can be. It’s important to emphasize that the beta version […]

With millions of applications waiting to be installed in our gadgets, you not only need to be concerned about quality, but you also need to take the proper measures in order to avoid your phone becoming infected by malware. Unfortunately, we already know that Google Play and the Windows Store aren’t immune to malware. Even the Apple Store […]

We all know how bothersome finding and connecting to Wi-Fi networks in public places can be — often, we encounter frustrating roaming fees or slow connection speeds in crowded spaces. At Avast, we want Wi-Fi connection to be a safe and simple process for our users. As a result, we’re currently working on new product […]

Although it’s possible to use third-party apps stores safely and securely, the fact that scams do still occur in a variety of app stores shouldn’t be ignored. On Sunday, a threat was discovered by a user who posted the issue on our forum. The scam, located within the Windows Phone Store, advertised three fraudulent versions […]

Mid January we informed you of a data-stealing piece of Android malware called Fobus. Back then Fobus mainly targeted our users in Eastern Europe and Russia. Now, Fobus is also targeting our users in the USA, United Kingdom, Germany, Spain and other countries around the world. Fobus can cost its unaware victims a lot of money, because it sends […]

ASUS, the third largest consumer notebook vendor in the world, has selected Avast Mobile Security to be pre-loaded on its new line of Android powered tablets. These tablets, called ZenPad, will be debuted at the upcoming Computex in Taiwan this June. The much anticipated 7-inch ZenPad 7 will give customers 12 months of Avast Mobile […]